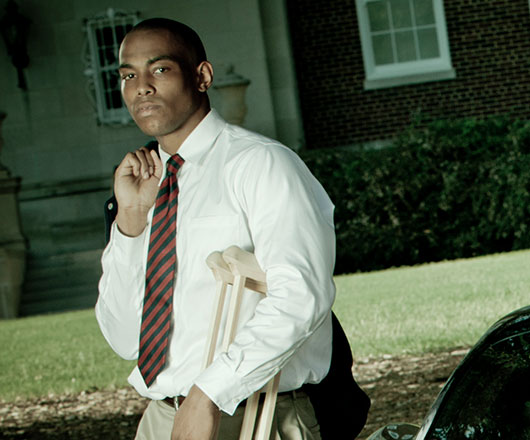 “You hate me because I have options.”

Roger Edwards was born in Oakland, California. He grew up with two older brothers (Randy and Ramond Wilson) and a younger sister,(Romonique). He was raised solely by his mother (Rosemary) throughout California's entire Bay Area. Growing up, Roger could be described as hyper-active and mischievous, but his undeniable charm gave him the ability to get out of any trouble he got into. From an early age, Roger's artistic proficiency was undeniable. He had a natural ability to draw anything he saw in substantial detail from age 3. At age 7, Roger joined the Golden Gate Boys Choir, in San Francisco where he learned to sing at a professional level. He continued to sharpen his singing skills throughout junior high, which lead to various school musicals. In high school, Roger tried his hand at several different interests, pursuing everything from advanced art, music, drama classes, football and wrestling. Although he experimented with diverse courses, nothing held his interest as passionately as acting did. It was during his high school years that his passion for acting ignited. His desire to pursue a career in acting was put on hold due to unfortunate events which resulted in his enlistment into the United States Army. During his military career, Roger experienced all aspects of the military lifestyle, including a 12 month deployment to Iraq. However, the time Roger spent in the military never deterred him from his dreams of becoming an actor.

Since then he has appeared in national commercials for Walmart, American Airlines, Dick's Sporting Goods, as well as other notable commercials and print ads. He made his film debut in Kimberly Pierce's "Stop-Loss" starring Ryan Phillieppe and Channing Tatum. He's co-stared in numerous film and television productions such as "Friday Night Lights"; "The Guardian"; "Chase," "Lone-Star" and "Spy Kids 4". Working with actors such as Kevin Costner, Ashton Kutcher, John Heard, James Wolk, Cole Hauser, Kelli Giddish, Amaury Nolasco, and in his upcoming movie "Freelancers," he will perform alongside Robert Deniro, Forest Whitaker and 50 Cent.

In the best-selling comic booked turned live action "Bad Kids go to Hell" Roger will star as Craig Cook. One among six Crestview high school students trapped in a library Saturday morning for detention. The characters fight for their lives against a mysterious, supernatural force believed to be a ghost haunting the school. Created by Matthew Spradlin and Barry Wernick this film is said to be "The Breakfast Club" combined with "The Grudge". This twisted, horror-comedy stars an elite cast to include: Cameron Deane Stewart, Augie Duke, Ali Faulkner, Marc Donato, Amanda Alch, Chanel Ryan, Eloise Dejoria, Ben Browder and Judd Nelson.